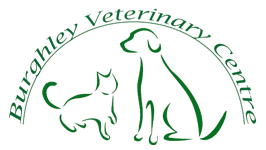 During the winter we try to prevent freezing by using ethylene glycol, otherwise known as antifreeze, in car radiators and in some screen washes and de-icers.

Every year many cats die because they have been poisoned by this chemical. Prompt treatment is the only way for cats to survive poisoning with ethylene glycol. 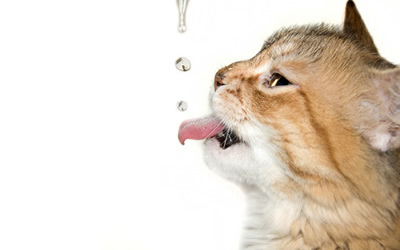 How are cats exposed to ethylene glycol or antifreeze?

Cats do not taste ‘sweetness’ in the same way, but it does appear to be attractive to cats for some reason. Cats only need to drink a teaspoon or less of antifreeze for it to cause serious illness and even death. So a curious lick or two from a bottle, or from a spillage, could be enough to cause big problems for your cat.

Antifreeze tends to be found in garages or on drives, where it may be stored incorrectly or spilled while pouring into a car radiator, or it could be left in a shallow tray after a car radiator has been drained. A cat walking through a puddle of antifreeze will groom its coat or paws and ingest the poison this way.

Ethylene glycol may also be used in garden water features to prevent them freezing up, and unfortunately this can also be drunk by a thirsty cat. Regrettably, malicious poisonings have been reported, when individuals deliberately poison cats (and other exposed wildlife) and these stories feature all too often in the press. In many countries, deliberate poisoning of cats is a criminal offence.

How does ethylene glycol harm cats?

Ethylene glycol is broken down in the liver and this process produces other chemicals that severely damage the cat’s kidneys. This damage is often so severe that the cat cannot survive.

What signs of poisoning do cats show?

A cat may not show any signs of poisoning for about half an hour after ingesting ethylene glycol. It may then start to show signs such as sickness, a wobbly gait (appearing ‘drunk’), weakness and tiredness. As kidney damage develops, cats may also drink and urinate a lot and become very unwell, even collapsing. Blood and urine samples taken by the vet will show abnormalities consistent with ethylene glycol toxicity such as kidney damage and certain crystals in the urine.

How is ethylene glycol toxicity treated?

If a cat is treated by a vet within an hour of drinking antifreeze it may be made to vomit to try and stop the cat absorbing the chemical from its digestive system. Unfortunately cats are rarely seen drinking the antifreeze and are usually taken to the vet when the antifreeze has already been absorbed and the cat is showing signs of illness.

If the cat can reach the vet within 3 to 4 hours of ingesting the ethylene glycol, it may be treated with an antidote or a drug that can counteract the effects of the poison. The most commonly used antidote in cats is ethanol (alcohol), frequently in the form of vodka.

This sounds strange but the ethanol stops the poison being broken down in the cat’s body into the more toxic forms that cause kidney damage. This treatment unfortunately doesn’t work if the cat has already developed kidney damage. Therefore, going to the vet immediately if you think your cat has been poisoned is extremely important.

How can I prevent my cat being poisoned with ethylene glycol?

If you have any products containing ethylene glycol such as antifreeze, make sure you store them safely away from children and animals. Use screen wash and de-icer sprays that do not contain ethylene glycol.

If a car radiator has been drained and a splash of antifreeze remains on the floor, wipe it up completely and rinse the area thoroughly with water. Remember even a tiny amount on a cat’s feet (picked up if it walks through a spillage) is enough to harm it.

If you think your cat has been exposed at all, on the coat or feet or by lapping up water containing ethylene glycol, contact us immediately. 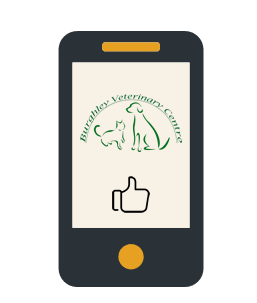